##Warning!! Not all Adwords Features Are Good for You! 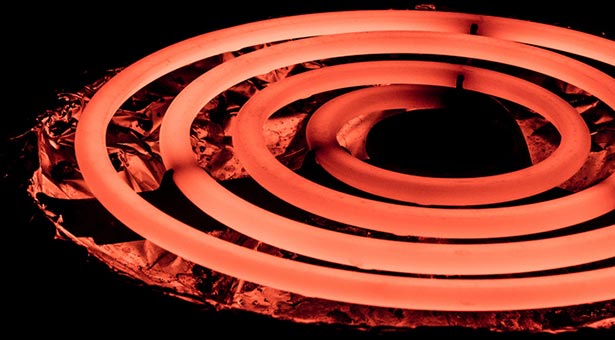 Just because a setting or a feature is there in Adwords does not mean that you have to use it. At Get Found First we have been working with Adwords for quite some time and have seen a lot of features added to it. While it is great to see Google taking care of its golden goose, PPC managers should be cautious before jumping on something new.

I am going to give some examples of features to be cautious of. I’m not saying to never use these features. We use all of them. Just take note of potential problems and make an educated decision.

Conversion Optimizer (CO) looks at the history of your keywords and predicts which ones will get you the most conversions for your money. It does this by controlling your max cpc bid for you. The only input it needs to work is a specified CPA that it tries to meet.

CO requires a conversion history for it to work. According to the documentation it can be used if you have had at least 15 conversions in the last 30 days. The documentation also says that “the more data we(Google) have, the more accurate we(Google) can be.” So, the first problem to look out for is if you are on the low end of having the needed amount of conversions, CO will not work as well for you as an account with lots of conversions.

There is another problem with the fact that CO works off historical data. It is not the data itself but that you can’t choose that data Google uses. Once CO has been going for a while the data it is using has been tainted by CO. This can create accounts that are biased to the decisions that were made by CO when it was started. CO will continue to work with and boost the keywords that have been working, while other keywords that just might have been out of season or are new get down played. Think of it like a sports team were the players are picked because they are old friends of the coach and not because of their true performance or potential.

Now, what I have said here may be contrary to what some of you have seen. But this is what we have experienced here at Get Found First. Until Google gives us a full explanation of how CO works. I want Google to show the math and explain data used so that I can make a real decision on what it is doing, which is never going to happen. Or lets us pick or adjust the data that CO works from, which is unlikely to happen, we should be skeptical of this tool.

Here is a feature that was designed to make it easier on managers so that we wouldn’t have to enter every variant of an exact match keyword that we wanted to use. It does this by allowing phrase and exact match keywords to match for search queries where the keyword is plural, mispelled, etc. However, broader keywords always bring in more trash.

When this setting was introduced and became the default we let it be to see how things preformed. Clicks went up, dramatically in some places but more conversions didn’t follow for the most part.

I like to think of match types in terms of fishing. Here are some images to illustrate what I am talking about

As you go from rods to increasingly larger nets you bring in more and more fish. However, not all of the fish are the ones that you want. With a net you catch everything that drifts by, the river trash and even types of fish that you don’t want. In PPC the clicks you don’t convert cost just as much as the ones that do. The more that you don’t want that comes in, the higher the costs go. So, Make sure you know what kind of fishing you want to do before you turn on “include close variants.”

These settings are like Conversion Optimizer and they use the historical data for ads instead of keywords.

Just like Conversion Optimizer this setting works off historical data, but you can set it to start working from the moment ads go to auction. It will start making decisions as soon as it can and could choose wrong based on early performance. I prefer the setting that waits for 90 days and then optimizes for small accounts. And for big accounts nothing can beat testing yourself.

The problem here is the same as the problems for Conversion Optimizer. You are giving control of your bid over to be raised or lowered based on some historical data that you can’t choose

Another factor to consider is to think about how the new features benefit Google. This is a bit of a cynical point of view but Google does want more of your money. So, if they can make advertising just slightly less efficient than they make more money. I think the setting to change exact and phrase matching falls under this. It is subtle but i’m sure it worked because it is so subtle (maybe explain how this setting would bring in broader possibly more potentially irrelevant traffic- give an example maybe?).

Like I said in the beginning, I am not saying to never use these settings. It is just that I have been bitten by using Adwords features without first thinking through all of the implications of doing so. For this reason I wanted to past along the warning. Remember, just because a setting or a feature is there in Adwords does not meant that you have to use it.